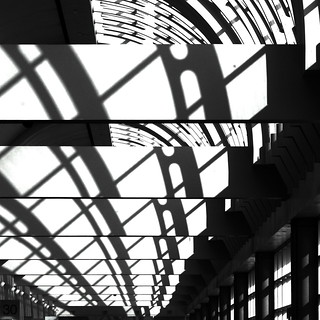 It feels like it’s impossible to hide anything these days. Just the other day, a friend of mine looked himself up on Google and was horrified to see that just about everything about him was out there, from his high school basketball photos all the way to his current home address. When you consider that, it seems impossible that there could be a way to hide anything anymore. But then again, chances are you’re a regular person with no extremist beliefs. The people with the biggest secrets are usually the best at deception, and that’s what extreme vetting is designed to uncover.

The ability to accurately assess a person’s risk level is imperative for national security. President Trump just wrote a very controversial executive order based on this. The order calls for extreme vetting of all applicants from at-risk countries. This kind of extreme vetting isn’t just designed to find past histories of crimes, it’s designed to find dubious connections that could indicate current risk.

If you take a look at your social media accounts, you may notice a common theme. While you might have hundreds—or even thousands—of friends, unless you’re a social media marketer, you’re probably only in regular contact with about a dozen of them. By analyzing your public contacts with these people, someone could gain a lot of information about you and what you do in your free time.

In a way, that’s what extreme vetting is designed to find. It uses information from a person’s connections and activities to assess their potential risk. By using connections, the investigator can find things that someone may not admit to. In fact, some extremists go through extensive training to pass vetting tests and avoid detection.

In 2015, The Islamic State released “A Mujahid Guide,” which was designed to give tips to jihadists living in the West. While a bit clunky and amateurish, the guide offered tips on identity concealment and warned many of common tactics that government entities use to detect high-risk individuals. It was used as a guide by David Dauod Wright, an extremist who was arrested for planning to behead a well-known activist on behalf of ISIL.

These types of materials exist in different forms and they are being used to successfully conceal terrorist plans and sleeper cells. If these groups are successfully evading surveillance, then the only way to combat this is to make surveillance better.

Trump’s executive order is designed to do a lot of things, but one of its primary goals is to improve the vetting process. Right now, this extreme vetting reviews three key indicators of risk:

While these three indicators are a good start, they come with their own loopholes. Lack of investigative resources teamed with more sophisticated terrorist behavior could mean individuals will easily figure out how to sidestep these detection methods. This is where Remote Risk Assessment (RRA) can be used as a resource for verifying information.

RRA is a real time, telephone-based interview process that uses proprietary voice-based biometric signals processes to evaluate risk. When applicants are seeking entry to the US, they can be forwarded to an RRA center where they would be asked to verify information on their affiliations, criminal histories, and countries of origin. Their responses could be measured for risk, and the results can help investigators determine if a deeper investigation is indicated. This allows investigators to verify basic information when records might not be available as well as prioritize investigations.

Clearspeed provides this technology for use in public and private organizations. It’s a good tool when you need to complete a mass scale investigation in a short period. For more information on RRA, contact us today.