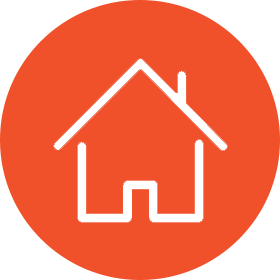 Using Investigative Interviewing in The Private Sector for an FCPA Investigation

Dealing with an FCPA violation is never easy. It’s a task that can be even more difficult when the person investigating isn’t sure how to even go about it. Investigative interviewing isn’t a skill that you’re born with. Instead, it’s one that you acquire through practice.

The problem is, the last thing that people want to practice is investigating their own employees for violations of the Foreign Corrupt Practices Act. If you’re newer to these situations, you can take some tips from the experts on how to conduct an investigative interview. Investigative interviews are frequently used by journalists and law enforcement personnel to get to the facts of a matter. They’re not used quite as much in the private sector, where those involved might be more familiar with basic interviewing techniques used in hiring and promotions. However, investigative interviewing skills can be adapted for use in the financial arena, if you make some basic modifications.

The Basics of Investigative Interviewing

The first thing you need to know about investigative interviewing is that it’s not an interrogation. When you’re in an informal setting, you don’t want to create an “us against them” situation which will cause the person being interviewed to shut down. You need to err on the side of being non-accusatory for the best results. There are a few basic interview styles that may be used, depending on the situation:

With any interview, it’s common to use more than one. For example, the use of the Reid Technique inevitably involves some kinesic interviewing techniques, as you’re looking at both verbal and nonverbal cues. In addition, a cognitive interview may be used at the beginning of an investigation and then become a participatory interview when it’s indicated that the witness may also be a perpetrator. No matter how many you use, however, there’s always a basic process you should follow.

No one jumps into one of the interview techniques listed above on their first meeting. For example, if you were investigating a potential bribery complaint, you wouldn’t invite the person into your office and immediately accuse them of taking a bribe. You still need to lay some basic groundwork. Just about all interviews will follow the same basic procedure:

No financial company wants to be at the center of an FCPA violation but a good interview with those involved can help mitigate the damage. Regardless of what technique is involved, remember your main goal is to get information. It’s not an opportunity to “attack the wrongdoer.” Interviewing is a tool of any investigation—it’s not the solution.

Another tool in such investigations can be Remote Risk Assessment, a proprietary technology developed by Clearspeed. An RRA interview can have up to seven direct questions that help you gauge an interviewee’s risk, and give you a data point from which to start your deeper investigation. This technology allows you to get to the root of the issue faster by triaging cases better. For more information, contact us.