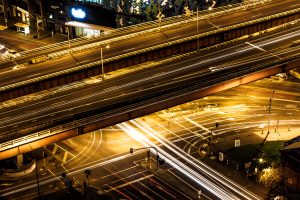 Setting up FCPA compliance best practices probably isn’t something you look forward to doing. Aside from being a pretty dry area of the law, it’s also extremely complex and exposes companies that do business overseas to a lot of risk. A lot of the complexity comes from dealing with multiple markets, as bribery in one market may be an expected gift in another. Your firm’s best bet for measuring this is creating and monitoring your compliance on a regional basis.

A tool launched in 1995 by Transparency International, the Corruption Perception Index, can be a valuable resource for your company. This tool allows you to assess the risk of a certain market and adjust your practices accordingly. In addition, you can use it to prioritize training and investigations, in conjunction with RRA.

What is the Corruption Perception Index?

The Corruption Perception Index was first rolled out in 1995 as a way to make global business dealings more transparent. This index puts numerical figures on the perception of corruption, across 176 countries. The index grades on a scale of one to 100. The closer to 100, the less it’s perceived there’s corruption in the market.

Of course, it’s important to note that no country is ever going to get a 100%. The highest score on the most recent report was 90, earned by Denmark. At the bottom of the list is Somalia, ranked with a 10. The ratings are assigned based on the following general scale:

Now, it’s also important to remember this is the Corruption Perception Index. This isn’t an actual measure of corrupt activity in the region, but how people perceive corruption in the region. As much corruption happens behind closed doors, it’s a difficult issue to measure. That’s why it shouldn’t be a sole tool in measuring the risk of a region. For that, you need a robust compliance program.

Most expect those listed on the corruption index to be developing nations, but many of these nations are also major players in global business. China is one such region that does a lot of business with the US. While the country scores a higher score on the lower end of the scale, hitting a 40%, corruption is still a concern in this market. In addition, India also sits at a 40%. These two countries are the biggest outsourcing locales for US businesses.

If you’re dealing in a market that has a higher corruption perception score, that should be a red flag. While you shouldn’t just stop doing business there, you should ensure that your FCPA programs in these regions are strong. Here are a few things to consider:

These are all tools you can use to manage your company’s own corruption index. By knowing where your highest risks lay, you can isolate problems and fix them before you’re faced with fines, penalties, and damage to your company’s reputation.

Clearspeed provides RRA as a tool for companies that want to ensure their employees always act ethically. This technology can be used remotely and in any language, making it ideal for use at global offices. For more information, contact us today.