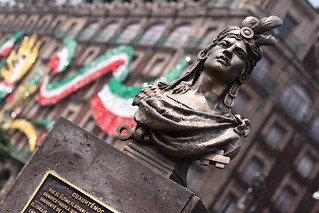 As you know, President Trump created some controversy when he signed an executive order to renegotiate the North American Free Trade Agreement (NAFTA), specifically with a focus on renegotiation with Mexico. For many U.S. firms who invest in the Mexican market, this is a cause for concern. The agreement guarantees fair treatment of all companies, domestic and foreign, and reduces the cost of imports–whether those imports are products or services.

If your company uses labor in or invests in the Mexican market, you’re not alone. Foreign industry is so big in Mexico, there’s a specific name for it; the maquiladora. Companies can import goods into Mexico, have manufacturing completed, and then bring it into the U.S without having to pay tariffs. President Trump seeks to end these maquiladoras, which could potentially increase risk in the market for American companies. Proactive vetting of potential employees is going to become an absolute necessity if NAFTA protections are lost.

The Cost of NAFTA’s Loss

The actual NAFTA contract is more than 2000 pages long, so summarizing everything it could change is nearly impossible. The impact of a renegotiation would be far reaching. U.S. businesses have about $452 billion invested in the market. The impacts on the costs of goods and services is likely in the trillions.

NAFTA is also a major driver of Mexican industry, as it facilitated the creation of maquiladoras, which take advantage of the lack of tariffs between the two countries to produce lower cost goods. There are thousands of companies in Mexico that operate under this infrastructure, and it’s a billion-dollar industry.

And this is why the current system would be difficult, if not impossible, to dismantle. Companies are deeply entrenched in these areas. They’ve had factories established and are responsible for almost half of Mexico’s exports. It wouldn’t be possible to just pull up stakes if NAFTA were to end. Instead, they’d have to work in a deregulated market. NAFTA doesn’t just help these companies operate, it also protects firms that do business in foreign markets.

The Protections That NAFTA Offers

Right now, NAFTA makes it so that companies can’t discriminate against other companies within the trade agreement. A company that rents warehouse space, for example, couldn’t charge more to a U.S. company than they would a Mexican company. NAFTA ensures that companies in the U.S., Mexico, and Canada can trade freely and fairly. Companies stand to lose quite a few legal protections without NAFTA. To name a few:

While it’s controversial, there are some parts to NAFTA that offer valuable protection–that’s a fact most will agree with. Without that protection, you could face a lot of risk. Consider a situation where an employee at a maquiladora runs off with a design that’s patented and sells it to another company in Mexico. Without NAFTA, the company doesn’t have the same protection for their intellectual property. They won’t be able to enforce their patent and stop the Mexican company from copying their design. As such, a major theft deterrent becomes ineffective. To avoid these types of risks, companies need to be proactive by focusing on vetting workers.

Prepare for the Worst, Hope for the Best

The likelihood of NAFTA getting dismantled is slim. It’s likely the issue will be quickly resolved and companies won’t have to worry about any major changes. The end of NAFTA is, after all, a worst-case scenario. However, expect a contentious debate on maquiladoras–one that could have a big impact.

If employees, or vendors, have access to sensitive info, they should undergo a background check that includes ethics interviews and Remote Risk Assessment. RRA is a technology that allows you to gauge a person’s risk through a remote, automated interviewing process. The individual undergoes a short interview, with questions like, “Have you ever disclosed confidential company information?” The individual gives a yes or no answer and that answer is measured using proprietary signals processes. This biometric analysis allows each answer to be measured for risk. High risk candidates would require further scrutiny, while lower risk ones could move on with the hiring process.

AC Global offers this technology to allow companies to administer RRA in markets where background checks may not give the best indicator of risk. These interviews give you an objective, honest assessment in real time, so you don’t have to delay hiring. If you’d like more information about our technology, contact us.