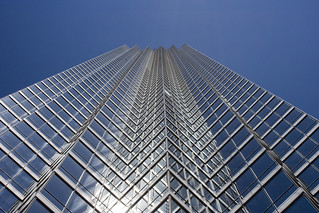 It’s the call anyone in the financial industry hates to get. The phone rings and your compliance director tells you that you may have an FCPA violation. If there’s a chance that your internal procedures have failed, and you have an exposure, you’ll want to complete an internal investigation. That way, you can correct any current issues in your best practices and prevent the problem from spreading.

There’s another benefit to early investigation and reporting—minimizing your risk by voluntarily disclosing these issues. This is a common practice and one that can mitigate your damages if there is an FCPA exposure. Knowing when to do that starts with deep internal vetting.

Why Companies Disclose and When You Should Consider It

Most of the fines paid regarding FCPA issues come not from high-level investigations, but instead through voluntary disclosure programs. When a company voluntarily discloses an FCPA violation, the SEC and DOJ are far more willing to work with them. That’s why companies should immediately start an internal investigation once they receive notice of any of the following:

All of these can indicate that your company has FCPA exposure. Once you have good reason to believe there’s an issue, the clock starts ticking. That’s because one of the requirements under the FCPA’s voluntary disclosure program is that issues are reported on a timely basis. If the Department of Justice is investigating you, it’s already too late.

These voluntary disclosures can save you a lot in the long run. When a company meets the criteria for the voluntary program, fines are significantly reduced and it keeps the problem from playing out in the court of public opinion. That saves your company money while allowing it to preserve its reputation. Just because you have an FCPA complaint doesn’t mean that it’s true, or that it needs to be disclosed. That’s why you need to have an internal investigation plan.

Setting up a Fact-Finding Plan for FCPA Issues

The first place that any FCPA issues should go is to your company’s compliance department. Once your FCPA compliance officer has notice, they’ll complete an initial fact-finding investigation, where they determine if the grievance has merit. During that fact-finding, they’ll look to answer some standard questions, including:

Once the investigator completes this fact finding, they’re going to make a recommendation to either do further fact finding, or to consider a voluntary disclosure. In some cases, they may recommend changing company procedures entirely to prevent the problem in the future. This is a somewhat long process, but one that’s important to effectively manage risk.

One way to expedite these investigations is to verify interviewees through RRA, a technology that Clearspeed offers for issues just like these. We can help your firm get to the root of an FCPA issue, so you know the best course of action to take. For more information on this solution, contact us.