Industry Innovators: Lewis Pugh on the Long Distance Swim to Protect Global Oceans, in the Water and in Business

Innovation is the cornerstone of security and technology. At Clearspeed, we want to highlight and gain insight from leaders who are revolutionizing their fields. Our Industry Innovators series seeks out the best and the brightest to explore how they are paving new ground nationally and globally in enterprise and entrepreneurship. 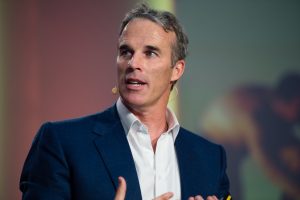 Lewis Pugh is an ocean advocate and an endurance swimmer. He is the only person to have completed a long distance swim in every ocean of the world. Over a period of 30 years, he has pioneered swims in the most challenging environments on earth including the Antarctic, the North Pole, and the Himalayas and developed an understanding of the beauty and fragility of life and its many ecosystems. In 2013 he was appointed the UN Patron of the Oceans. And last year he helped negotiate the creation of the largest protected area in the world in the Ross Sea off Antarctica. We caught up with him recently, where he took time out of his busy expedition-planning schedule to answer our questions.

Would you say that being a climate change advocate and patron for the oceans’ protection makes you an innovator in the classic sense of the word?

It’s a fast moving world. If you’re going to grab world headlines, you’ve got to develop an idea which simple, newsworthy, and topical. And that requires a creative mind, much like an innovator.

Your career saw you go from Maritime Attorney to Special Forces soldier to cold-water swimmer and beyond. Which, if any of your former professions, prepared you for the latter stages of this journey? [perfectpullquote align=”right” cite=”” link=”” color=”” class=”” size=””]”There is often a thin line between failure and success.”[/perfectpullquote]

Each of them was important. Law taught me how to argue rationally. In the Special Forces, I learned how critical excellence is. There is often a thin line between failure and success. And through cold-water swimming I found my love for the oceans.

You wanted to make the strongest point possible about the melting polar ice packs. What was the thought process and risk management that went into deciding to swim at the North Pole?

If you are a pioneer, you don’t know what will happen. Nobody had ever swum across the North Pole before. And nobody had ever swum in water so cold (minus 1.7 degrees C). We prepared thoroughly. I trained for many months in very cold water. We mitigated against every foreseeable risk. But ultimately we did not know what would happen. And I had to learn to be comfortable with that. And trust in my team and preparations.

[perfectpullquote align=”left” cite=”” link=”” color=”” class=”” size=””]”You can’t be a great leader without a clear vision. And to be a great leader you will have to work as part of a team.”[/perfectpullquote]You are a regular visitor to the UN to discuss issues surrounding climate change. How different is that organization to the enterprise organizations you’ve worked for or spoken in front of?

The UN is a big organization. And it does a lot of great work with poverty alleviation, healthcare, refugees etc. But with all big organizations there can be inefficiencies and lots of red tape. If a company becomes like that, it will soon be eaten by its competitors. In business, it’s no longer big fish eats small fish. In the digital era, it’s now fast fish eats slow fish.

Chose one and explain why: another TED talk, an interview on the BBC, or a personal meeting with a major head of state?

I would say another TED talk. A really good TED talk will be seen by millions and millions of people. It also has a long shelf life. A one-off interview with the BBC or a meeting with a Head of State will rarely have a big impact.

Leadership, teamwork, and vision. Rank these in order of importance for a business and tell us why?

What is the most challenging undertaking of recent years and why?

Persuading the 24 nations that govern the waters around Antarctica to create a large Marine Protected Area to protect it from overfishing. Many of the nations had long-standing disputes with one another. So persuading them to put aside their national interests for the global good was not easy. 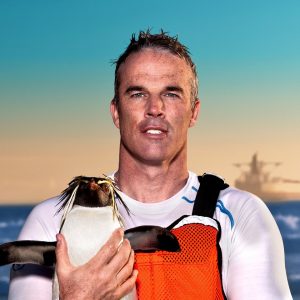 What are you most proud of?

If you had one piece of advice for innovators…?

You can’t innovate if you’re tired. I undertake swims in the most endangered parts of the oceans to campaign for their protection. Our best campaigns have always come out of meetings we schedule on the first Monday of every month. We are fresh from the weekend. We throw around ideas for 2 hours. And we list as many ideas as possible. Out of the 100 ideas, we will find a gem.

I’d have to say Kir Royale for the cocktail, and The Worst Journey in the World by Apsley Cherry-Garrard for the book.

As for the movie – Sugarman; it won an Oscar for best Foreign Film a few years back. It makes one wonder how many incredibly talented people there are waiting to be discovered.

Clearspeed is the leading innovator of Remote Risk Assessment (RRA) technology. To learn more about our technology and solutions, contact us today.