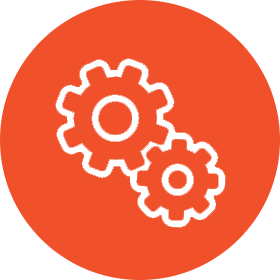 How Tech Can Eliminate Confirmation Bias In Human Resource Management

There was a trend about a decade ago where everyone was talking about “the law of attraction.” This came from a metaphysical school of thought where it was believed that if you behaved like good things were going to happen, they would. A friend of mine attempted to take advantage of this, following a tip to write herself a check with the belief that it would channel “financial growth energy” towards her. Then, her aunt died, left her an inheritance, and she felt terrible, blaming herself and the law of attraction. The thing she didn’t get was that the law of attraction didn’t work because it was “channeling financial growth,” it worked because of confirmation bias. Any amount of money she’d received after her law of attraction exercise would have been used to confirm her belief in something she wanted to believe.

This is something that also happens in the business world, and especially in the hiring process. Instead of making accurate decisions, we seek out evidence to confirm decisions we’ve already made, possibly prematurely. Candidate vetting technology may be a solution to fixing this while maintaining the personal touch needed in hiring.

Confirmation bias isn’t something that’s inherently good or bad. It’s just an automatic reaction that happens based on our own personal point of view. It has more to do with ourselves and our mood at the time of deciding.

Confirmation bias is difficult to eliminate as most of the time, people aren’t conscious of it. Instead, they take their beliefs at face value without examining them further. A way to work around this could be to use technology to help thin the herd and make hiring easier.

Everyone knows that the biggest challenge most hiring managers face is volume. Some studies report managers receive as many as 100 resumes for every open position. Scaling a process like that means turning to technology. Here are a few options to consider:

While a human touch is always going to be needed in hiring, this needs to be scaled. People may have biases that only get confirmed when faced with the daunting task of finding the perfect candidate out of hundreds, or even thousands, of applications. By thinning out the stack, they can get the best possible candidates the most efficient way possible.

Clearspeed provides RRA as a hiring solution that closes the gap between technology and human bias that could result in poor hiring decisions. This technology can be used at any location, in any language, and provides highly accurate results. For more information on this, contact us.