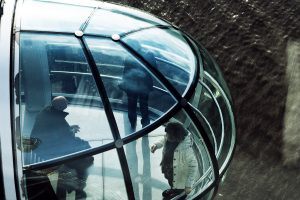 In January alone, trade between the US and the UK accounted for more than $7 billion. That’s only one month of business and it’s still more than most industries will see over the entire year. If you work in the financial industry, it’s highly likely—if not entirely necessary—that you’re going to do business with UK firms. You may even have a UK branch of your business. Doing business with UK firms or in the UK means that you’ve likely come in contact with the UK’s Bribery Act, an act similar to the FCPA.

Similar certainly doesn’t mean identical, though. Firms with UK connections need to know the key differences between the acts. They also need to be regularly assessed for compliance with both these acts. Bribery and corruption have no place in businesses, but there are certain activities that blur the line. Having transparent policies in place for UK and US firms will ensure you remain compliant with both acts and avoid corruption.

The UK’s Bribery Act Versus the FCPA

The UK’s Bribery Act and the FCPA have a shared goal: to end corruption and graft in global business relations. Consequently, many of the provisions in both acts are similar. One thing that’s very important to note is that the UK’s Bribery Act covers significantly more than the FCPA. Here are some of the key differences:

The key differences you should note are that the UK’s laws and penalties are a bit more stringent than those under the FCPA. The UK also limits what can be considered promotional payments or facilitation payments, which are common areas where entities may blur the line between gift versus graft.

What the Differences Mean for Your Business

When your offices straddle global borders, you need to manage your compliance at a branch level. That means having best practices appropriate for compliance based on the location of the office. Firms dealing with both the Bribery Act and FCPA should:

While FCPA compliance is a challenge, often firms must deal with more than just those provisions. The UK’s Bribery Act has its own strict protocols that could also impact your firm. Having set procedures and policies in place is your first defense in managing compliance.

Clearspeed offers RRA as a tool for managing your compliance. Our Remote Risk Assessment technology can be used to locate and eliminate risk in your firm. For more information on using our technology, contact us today.