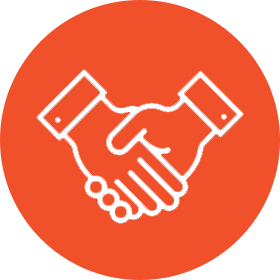 A Lesson Learned From the Manhattan Project

The Manhattan Project, the project that would lead to the development and eventual use of the first nuclear weapons, was started not out of innovation but fear. Following the discovery of nuclear fission in 1938, the US became extremely worried that this type of power that could be weaponized. The Manhattan Project was born as a reaction to German physicists discovering the power of nuclear energy. But for the efforts of both Albert Einstein and Enrico Fermi, it’s possible the US may have never recognized the true destructive power of nuclear fission.

While the US didn’t discover the potential of nuclear energy first, they were the first to figure out how to weaponize it. Most don’t realize how close it came to going the other way, as Germany had an atomic project of its own. This close call and the continuing growth of nuclear technology is what spurred the beginning of offset strategies in the 1950s.

Those are the basics of what can be considered an emerging technology, though it’s not an exhaustive list. These technologies aren’t just being experimented with in the US. They are in progress in just about every developed nation, with varying levels of success, making these emerging technologies potential threats.

Planning A Defense Around Emerging Technologies

The primary goal of the Third Offset Strategy is to discover emerging technologies first. However, it’s also a goal and necessity to discover how to combat those technologies. Take the cloaking mechanism example from above. Those developing it know that if another nation discovers it first, they will have a significant competitive advantage. As such, researchers are also developing ways to combat it. For every emerging technology, an opposite preventative technology needs to be developed. Here are a few examples of this when it comes to the Third Offset Strategy:

Innovation breeds threats. Any emerging technology is going to present both opportunities and risks. The countries that get to it first are best prepared for those risks. This is why the Third Offset Strategy is supported through effective research and development of new technologies.

Clearspeed offers one of these emerging technologies, using a mass vetting system which is mobile, flexible and cost effective. Our proprietary technology was designed to measure risk not just quickly, but accurately. For more information, contact us.

Weaving Ethics Into the Fabric of the Voice-Analytics Field
June 11, 2020