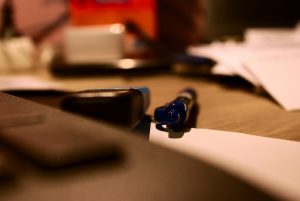 If you don’t know what you’re looking for, then the best investigation in the world isn’t going to help you. While we often tout the benefits of doing extreme vetting investigations, we don’t always think about the details of what makes these investigations so effective: the questions. President Trump has discussed these questions in relation to his own suggestions for immigration vetting. One of the suggestions that President Trump has is to create an “ideals test” for individuals coming into the country. While Trump’s ideals focus on American culture, an organization can conduct their own type of ideals test tailored to their company culture.

Laying this out is a means of knowing not just the right questions to ask, but the right answers to those questions. It’s also important to verify those answers. Closed-ended questions can give you valuable information about an individual, provided those questions are phrased unambiguously and are vetted for risk.

The problem with testing someone’s ideals is that ideals are an abstract concept. Their subjective nature makes it so that two people can take two completely opposite actions, while having the same goal. For example, if you were to pose the question, “Are all your actions completed with the best interest of your nation in mind?” to a terrorist and a soldier, they could both honestly answer yes. That question isn’t designed to look for a right answer. It tests what they believe and that’s where it fails.

People rarely do wrong while believing they’re wrong. They believe they’re justified for all kinds of reasons and based on all varieties of logic. That’s why you must craft questions with the best answer in mind in extreme vetting. Consider the same ideals tests, but now pose it in relation to an FCPA investigation. You may ask someone, “Have you always acted in the best interest of your employer?” This question doesn’t account for the fact that employees may act in a way that they believe is right, even if it unethical according to company standards.

Tom Hayes, a man currently serving 11 years in prison for manipulating stock prices, is a good example of this philosophy in action. Hayes is accused of undervaluing stocks for a company called Tibor to manipulate the economy. His main defense is that his company, UBS, was complacent in this, and that they were the ones who made a practice of lowballing the stock. It was expected behavior. In essence, a man who is spending 11 years in prison for insider trading could honestly claim that he’d never intentionally acted against the best interest of an employer. In his mind, he didn’t, because it was behavior passed down from management.

That’s why avoiding abstract questions in an extreme vetting interview is the best bet. This is a bit of a change, because for years, everyone has been taught that to get the most information, you focus on those abstract questions that force someone to reveal more about themselves. Just about anyone who’s ever given a job interview has been told that open-ended questions are the best method—but closed-ended questions can be even more valuable in the right situation (cross examination in a courtroom setting is one such situation). This is especially true when your goal in an interview is risk assessment, rather than just information gathering.

How many times has someone told you their biggest weakness is trying too hard or being too much of a perfectionist? That’s probably not true. It’s spin. Everyone knows the best way to hide a negative is to spin it into a positive. That’s why no one has ever answered, “I’m extremely lazy,” when asked about their biggest weakness during a job interview. We instead spin it and turn that negative into a positive to make the best impression.

You can’t do that with closed-ended questions. The answer is either “yes” or “no,” with no gray area. When the question is phrased right, this can be an extremely valuable tool in extreme vetting. Namely, the question should:

#1 – Be narrow in scope: Asking an extremely general question gives people a lot of wiggle room in justifying their answers.

#2 – Is asked with a specific goal in mind: Your question needs to be asked to determine an important fact that will impact your eventual decision, whatever it is, in your investigation. That means it needs to stick to pertinent details.

#3 – Be clear enough to be understood by everyone: If someone doesn’t know the criteria for a question, then getting an honest answer out of them will be impossible. Questions need to be phrased clearly, in layman’s terms.

#4 – Be vetted for accuracy: This final step is the key to closed-ended interviewing. Often, this type of interviewing is overlooked because it doesn’t allow you to ferret out the truth in the answers. That’s why this is often used in conjunction with Remote Risk Assessment RRA). This technology uses these closed-ended questions in a brief phone interview to assess for risk in the “yes” or “no” answers. This is done via proprietary signals processing and allows you to determine if a closed-ended answer indicates potential deception. If it does, that individual can then be investigated more deeply while sparing those who pose no risk.

Closed-ended questions can be an important part of the vetting process if they’re phrased correctly and verified via technology. There are many technologies out there that allow users to measure risk deception via these interviews, but RRA allows this to be done on a remote basis. This improves efficiency and lowers the overall cost when compared to other risk detection technologies.

AC Global can provide RRA for entities looking to add an additional step to their extreme vetting process. We provide accurate results and offer options for every language. For more information, contact us today.